This summer millions of people will enjoy their holidays on the beaches of the Mediterranean. The same sea that the deliberate inaction of the European Union has turned into a wall of salt water that sentences the most vulnerable to death.

For this reason, we present No mires para otro lado, an Open Arms initiative signed by the creative collective PutosModernos, to directly denounce the tragedy that the Mediterranean experiences daily. 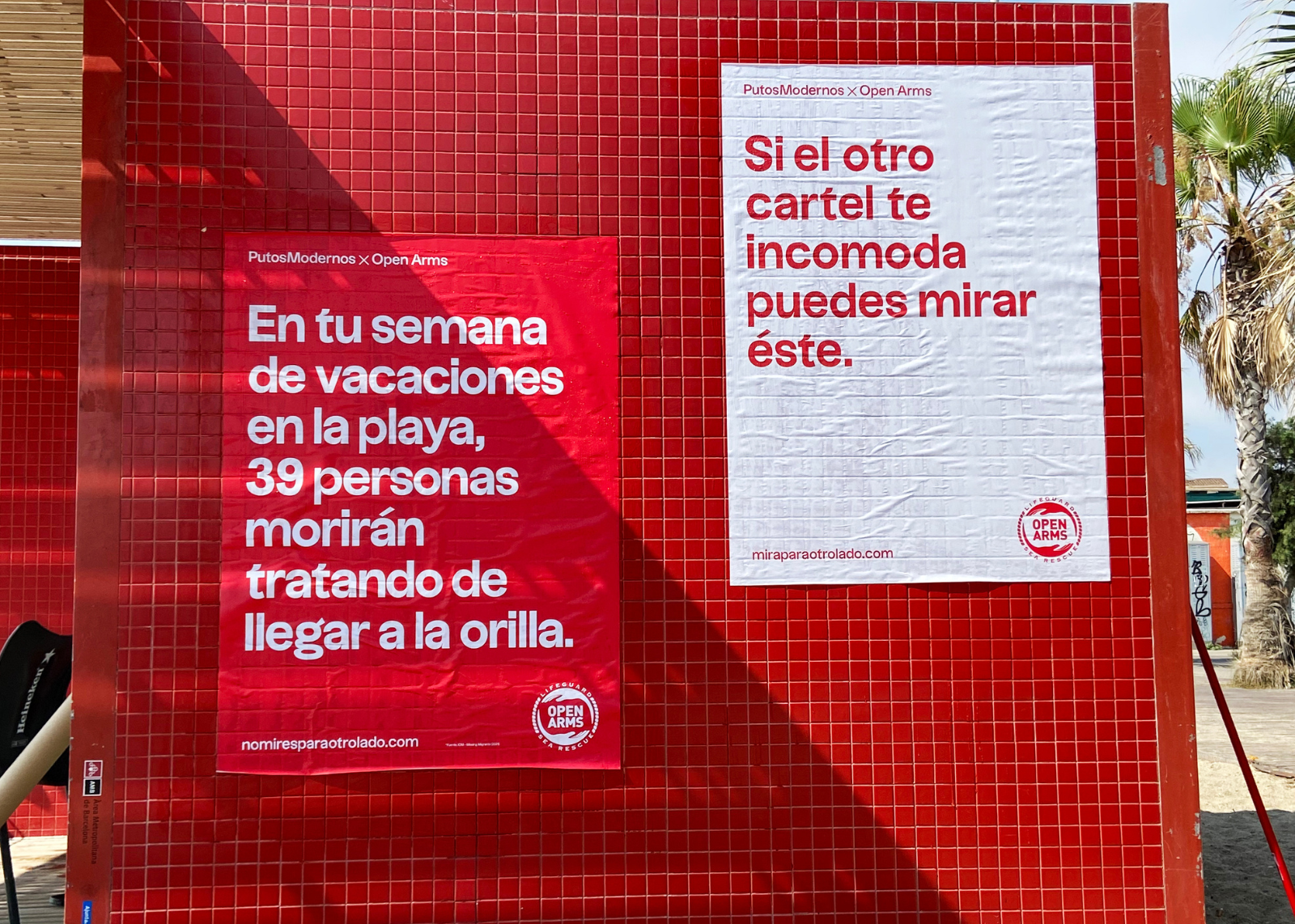 Cruelty kills, but social passivity is also as deadly. Since 2014, at least 24,305 people have died and disappeared in the Mediterranean trying to reach the European continent, according to the International Organization for Migration (IOM). But the number is much higher since, according to the same source, the bodies of at least two thirds of the people who disappear at sea cannot be recovered.

Continuing with our commitment to the protection of life and the rights of all people who are in a vulnerable situation, we launched this action to raise public awareness about how the same sea that gives us moments of vacation enjoyment has become the deadliest on the planet.

The campaign consists of posting on beaches, several pairs of posters: one that contains a tragic number paired with a second that, resorting to irony, denounces the collective passivity in the face of that fact. Each of the 2 posters refer to 2 different web domains (available in Spanish, Catalan and Italian) that receive the viewer with one message or another depending on the URL entered.