After several months, obstacles and administrative difficulties, the "Open Arms Uno", the new Open Arms flagship, finally arrived at Barcelona’s port on May 22nd, its base port. It will be there during the following days for its final preparations before it leaves for its mission in the Mediterranian Sea, the world’s largest mass grave.

The "Open Arms Uno" is designed to carry out massive rescue tasks and it has been given to our organization by Enrique Piñeyro, an Argentine philanthropist who started his close collaboration with Open Arms through Solidarie ONG, managed by him, with humanitarian flights to India, Mozambique and Ukraine. 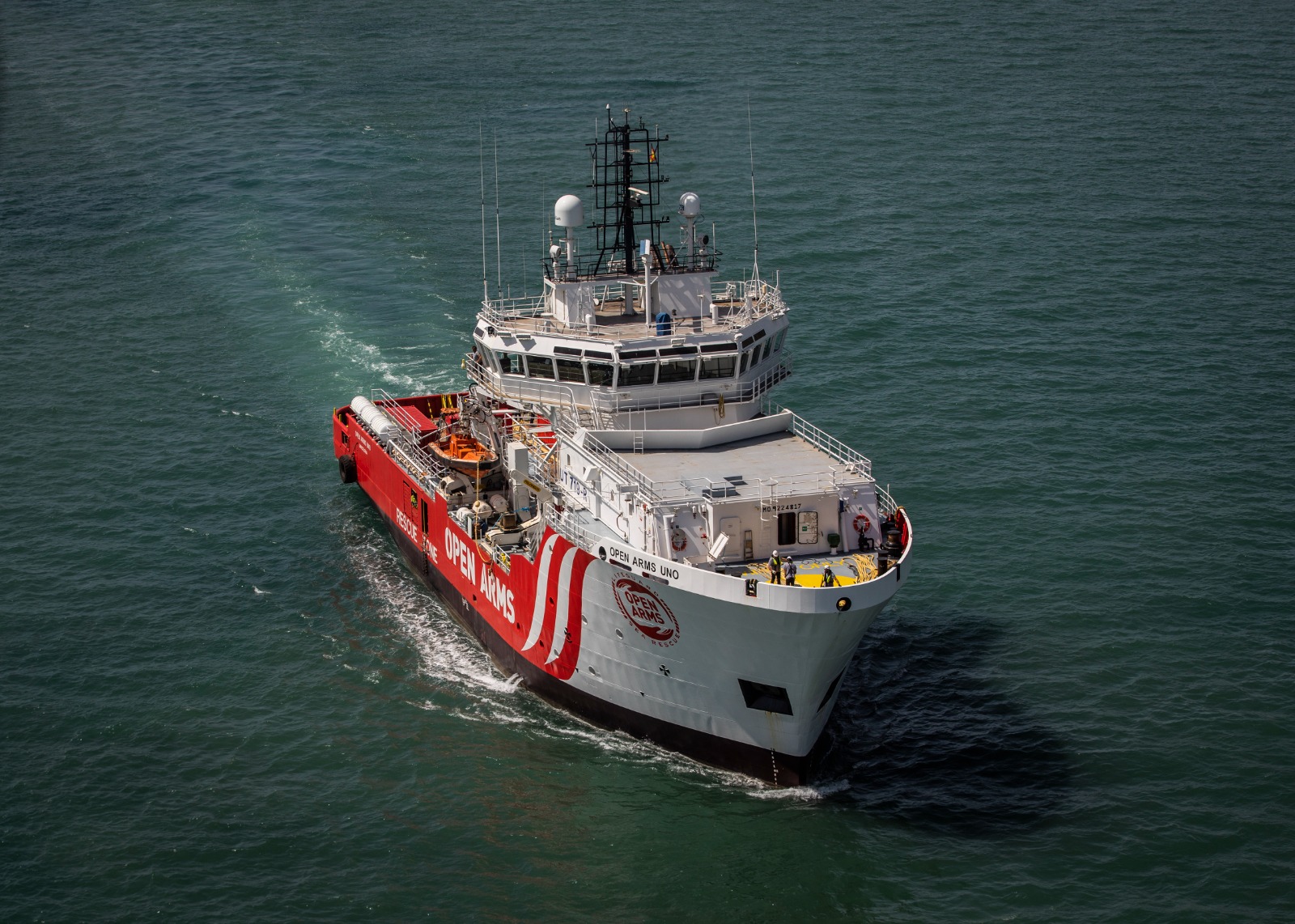 The new flagship is four times heavier than the "Open Arms" tugboat and has a 353-square-meter deck on which a helicopter can land in case of emergency or evacuation.

The ship. It will carry four semi-rigid boats on board, also known as RHIB, and it will allow us to give shelter to 300 people, a number that, in case of emergency and without endangering the conditions of the embarkation, could be extended to a thousand. In addition, it has 31 places for the crew and a hospital with 26 beds.

We need your help

The "Open Arms Uno" is prepared for the massive rescue in the sea. It will help us save more people, protect the lives of the most vulnerable ones and fulfill the obligation that any embarkation or person has to help any life in danger at sea, as stipulated by the Law of the Sea and international agreements.

This ship is also yours, all the citizens that give us support from land to continue protecting the lives of the most vulnerable ones at sea.

But the operation costs of the "Open Arms Uno" will be bigger. Because of this, we need your help now more than ever to continue fulfilling our commitment to not leave any life adrift.

Will you help us?